THE WEST ZONE MEET HOSTED BY

On 28th and 29th August 2021, District 314 hosted the West Zone Meet. The West Zone comprises seven districts which are part of the Association of Inner Wheel Clubs in India.
A warm welcome was extended to Association President Saroj Katiyar by District Chairman Sunita Jain, District Executive Committee, Zonal Coordinators and Presidents of District 314. 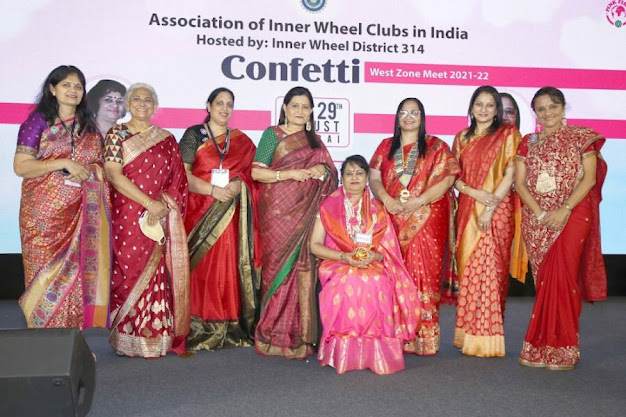 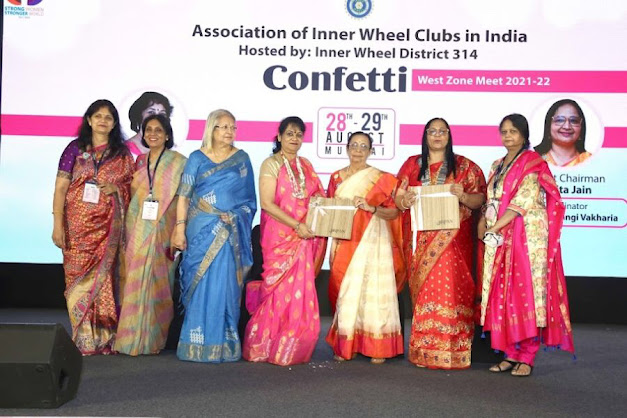 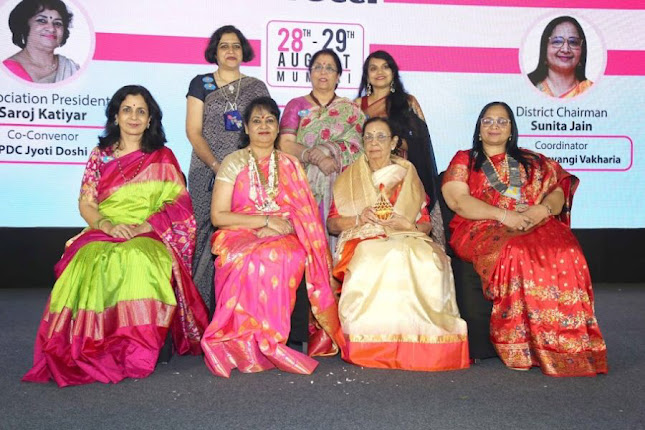 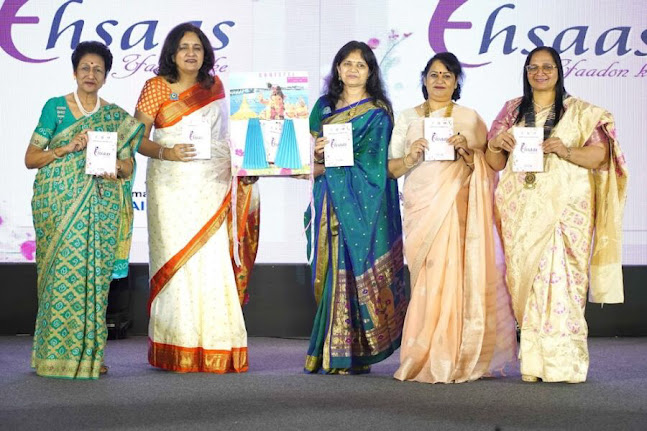 The meeting was called to order by Association President Saroj Katiyar. The Inner Wheel prayer of the Association was recited by District Secretary Pallavi Choksi. A welcome dance was performed by Kathak dancer, Sonia Parchure and her group. Association President Saroj Katiyar was felicitated by the District Executive Committee.
Felicitation of Founder Association President Rakshaben Mehta followed. As a mark of respect and to celebrate 85 years of her glorious journey, a coffee table book, ‘Arpan’, was released. Efforts of IIW Past President Dr. Pallavi Shah and PDC Falguni Mehta were appreciated by one and all in the preparation of this coffee table book.
A formal vote of thanks was given by Co-Convenor PDC Jyoti Doshi.There was enthusiastic participation in the Inter-District Competition “Goonj Oothi Shehnai” (literally, the call of the Shehnai, a flute) anchored by PDC Dr. Madhavi Pandya and District Secretary Pallavi Choksi.
The members of District 314 performed in a grand fashion competition show on the theme of “Eco Friendly Attire”.
The first day of the West Zone Meet happily concluded in a musical evening with Sandeep Damania.
On the second day, Association President Saroj Katiyar called the meeting to order. The Inner Wheel prayer was recited by Association Secretary Anuradha Chandak. All the District Chairmen presented an invocation song.
Four new club Presidents of District 314 presented a flag march.“Chai pe Charcha” (Discussion Over Tea) was moderated by PDC Dr. Sandhya Bhat. Panellists for the discussion were Dr. Sushma Nagarkar (Founder of Café Arpan) and Abhina Aher (a transgender activist). Keynote speaker for the event was Mrs. Rajalaxmi Rao who inspired the audience by her speech.
All seven Districts of the West Zone shared their journey of 2 months in the new Inner Wheel year, by displaying their projects. The PDCs from all seven Districts presented their nostalgic moments in ‘Kal, Aaj aur Kal’ (Yesterday, Today and Tomorrow). 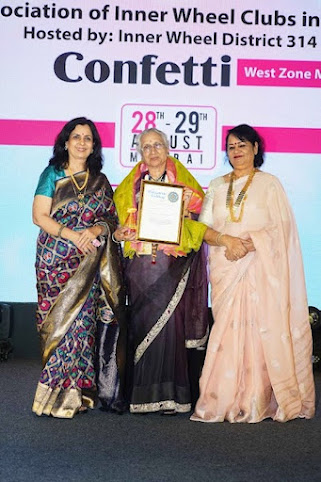 The Margarette Golding Award was presented to PDC Smita Shirgaonkar (photograph above)
Association President Saroj Katiyar launched the website of the 16th Triennial Conference at the hands of PAP Rakshaben Mehta, to be held on 11-13 February 2022 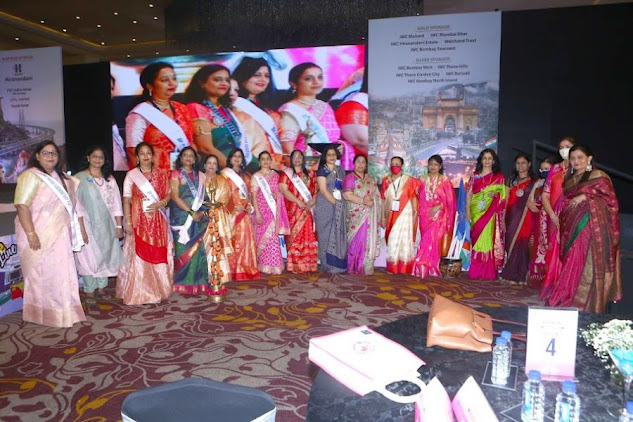 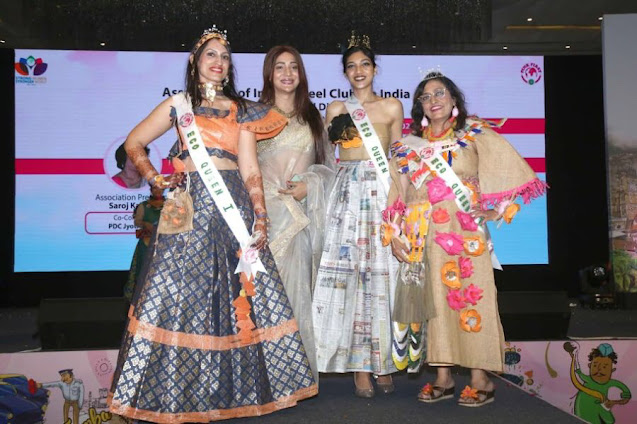 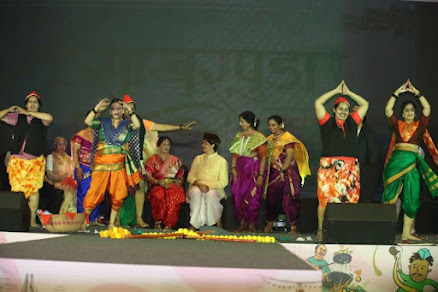 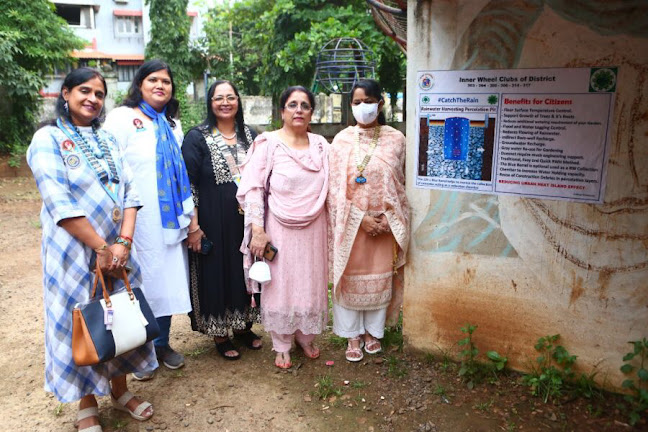 The icing on the cake was the ever energetic Master of Ceremonies, PAP Pushpa Suryamurty, who conducted the event flawlessly for both days. 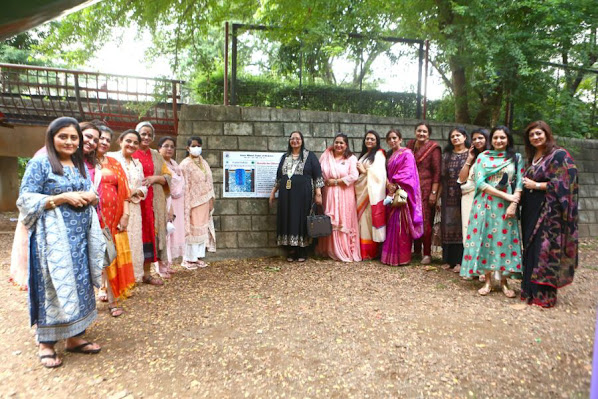 Popular posts from this blog

August 17, 2022
Inner Wheel Forest – The Holy Initiation in Inner Wheel Presidentship The alarm rang at 3 am. It rang so many times for so many reasons at various points in time in my life, like everyone. For catching a flight or a train. For waking up the children for their school and examinations. For medical purposes. For getting up to go to the office. But this was for a different occasion.   It was the first day of my Presidentship at the Inner Wheel Club of Navi Mumbai Sunrise. I would have to get ready to go to the Inner Wheel Forest in the Kandivali area in Mumbai. I looked out of the window. It was still dark outside. I was relieved to see that the rain that had been lashing the city for the last few days had stopped. There was almost absolute silence and stillness all around. It was the perfect time to feel the same stillness and calm within you.   While getting ready, I thought, what could be a better time to start this day in my association with Inner Wheel? It was a little
Read more 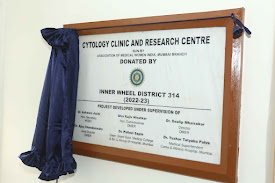 District 314 under the guidance of District Chairman Ms. Mita Sheth (2022-2023) and with Urban Project Chairman Ms. Jyoti Doshi took up two projects.   The coordinators Ms. Sunishi Gabhawala, Ms. Shilpa Ajani, Ms. Sangeeta Khetan, Ms. Swati Shirolkar, Ms. Yogeeta Sawale and Ms. Geeta Kulkarni helped in reaching our target donation by coordinating with all the Inner Wheel Clubs in District 314.   Both the projects were inaugurated by Association President Dr. Surjit Kaur on 09.01.2023.                i.           Cama and Albless Hospital for Women and Children near CST Station: This is a Government Hospital which helps women and children from the underprivileged society.   District 314 donated the Cytology Lab and Research Center.   All the women will be screened for Cervical Cancer.   Timely intervention will help women in prevention and treatment.   A Lecture Hall and a Record Keeping Room were also a part of this project.   Required equipment was also donated. Dr. Usha
Read more

July 20, 2022
Stree Shakti Nursing her child, writhing in pain so deep From dawn to next dawn, there’s no time to sleep Check out the universe, you’ll find no other The ‘endower’ of life, she is a MOTHER .   He is our martyr, TV news blared aloud “Jai Hind” she says, showing she’s proud Hiding her grief, worries and sorrow Knowing they will fill up all her morrows… She was the ‘pillar’ of man’s life This valiant woman was his WIFE .   Washing clothes, cooking, mopping floors Wait, that’s not all, there’s even more Collecting harvest, putting grain in stores “Beti, fetch bhaiya, he’s playing outdoors” Sometimes by some, sadly considered a bother Little do they know… ‘Blessed is a home, if it has a DAUGHTER .   She knows when he’s happy, and also when there’s something wrong “My best friend is by my side”, he declares with aplomb Joyous times, fun times, or in times sinister Always by your side, yes she’s a SISTER .   All her varied roles, clos
Read more